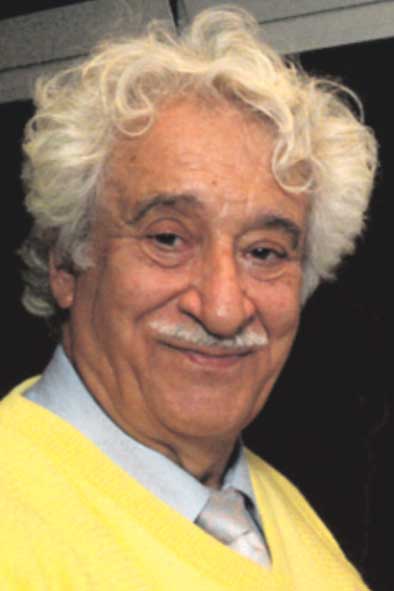 A marked gift for healing and extrasensory abilities became manifest in this Greek, who was born on the Aegean island Euboea, already in his earliest childhood. His grandfather Janis Halvatzis, a famous healer himself helped little Christos to develop them further.

For more than 30 years the trained engineer has been living in Frankfurt am Main. For the so-called incurable patients he is valued as their last hope. Even medical doctors and college professors are seeking his help. In the history of Alternative Medicine no other mental healer has been more often tested by medical doctors and scientists than him – nearly always with a positive result. A major part of the research with Drossinakis up to now, is composed in Die heilende Kraft der Liebe (The healing power of love). Christos Drossinakis - Ein Geistheiler im Blickpunkt der Wissenschaft (Christos Drossinakis – A Mental Healer in the view point of Science) (2003); A proof for his unique ability to clairvoyantly diagnose diseases, is presented by the book Psi-Diagnose (Psi-Diagnosis) (2005). Significant milestones on his way are sketched by Christos Drossinakis in his autobiography Mein Leben voller Wunder. Der Weg eines Heilers (My life full of miracles. The way of a healer) (2008).

For his merits in the research of Mental Healing Christos Drossinakis was honored with the prestig-ious ENIOM Prize by the Russian Ministry of Health as the first healer in the year 2005.

As the first healer in the history of spiritual healing, Christos Drossinakis was honored on 23 May 2018 with the honorary title of Prof.Dr. h.c. the science in Moscow by the International Academy of Natural History.

«For the terminally ill patients, who can no longer be helped by any doctor», Drossinakis explains, «Mental Healing is a tremendous chance – provided only, if they are lucky to find a genuinely capable healer.» His concern is that you also will turn into such a healer – thanks to his training.