Gathering of psycho-kinetically interference of generators of white swoosh

Member of the Russian academy for medical-technical sciences, President of the national health organisation “The Health” and director of a clinic for neurosis patients 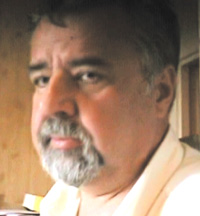 What is the name of the test method?
It is the method to gathering abilities of a person concerning psycho-physical and psycho-kinetical influences of generators of white swoosh.

Who has developed it?
The use of these generators to gather the “Psycho-physical phenomenons has been introduced by R.G. Jahn and B.J. Dunne of the Princeton University in the middle of the 1980ies. For the classification of the psycho-physical phenomenon (telekinesis, tele-cognition etc.) a quantum mechanical method has been offered to them. Various possibilities for the gathering have been improved steadily by many international scientists for example R.D. Nelson, H. Schmidt etc. In Russia the test methods on the basis of generators of white swoosh and funked swoosh have been explored further by A.G. Parhomov, A.G. Lee, A.P. Dubrov, S.V. Elkin. Many further explorations of swoosh generators have been for example carried out in the department for theoretical problems of the Russian academy of sciences and the national university for nuclear researches. The group of scientists around D.N. Kulikov, employees of the Russian authority for space technology and A.G. Lee took part in the development of the envisaged new measurement device and a method for the processing of the measuring results.

What is being measured?
The relative degree of the statistical deviation in the swoosh of semiconductors in two channels of the measuring device. These are examined during the experiment continuously from time to time.

How is the measuring done?
A special two-channel measuring device on the basis of semiconductor generators of a swoosh in the acoustic range. For the analysis of the signals of the measuring device a specially developed programme by the name of “quantum brain sensor” is being used. With this programme the fluctuation of the frequency of the impetus of the swoosh in intervals from 0,1 to 10 seconds are monitored. Then the results are statistically rehashed with different algorithms. First results are illustrated in form of various computer diagrams online. The results of the “quantum-brain-sensor” are accumulated for further sophisticated analyses. In order to obtain as reliable data as possible it is desirable to carry out several test.

How is the procedure?
The sensor is applied in a distance up to one meter to the examining person. The examined person concentrates on whichever form of healing. This might be mental healing, healing by prayer, bio-energy therapy or the implementation of other bio-energetical methods, also tele or contact implementations. The progress of the experiment is illustrated live by means of various diagrams on a monitor. These diagrams can give the examined person a feedback concerning his activity. But most of the persons work “blind” and do not use the feedback on the monitor. An examination takes about 10-12 minutes. After the termination of the experiment the results are made public.

How is the test evaluated?
As outcome of the research we obtain two kinds of results. We obtain the first kind already during the experiment, it is shown on a monitor. This first kind has a preliminary character, it is not enough meaningful and does not reflect the complete impact. After the termination of the experiment the impact is being investigated further.

Professor Lee examined and confirmed repeatedly the efficacy of the IAWG-healer training with his method. During the IAWG-intensive week in 2009 in Greece he undertook measurements with Drossinakis’ students in his item Experimental explanation of the efficacy of Christos Drossinakis seminars for mental healing.