In the Drossinakis’ healer school we used among others also thermographic measurements of alterations of the temperature of the skin and internal organs under the influence of mental healing.
These tests were carried out by Dr. med. Klaus-Peter Schlebusch, the founder and director of the centre for documentation of natural healing methods (ZDN).

Further information about this you find under www.zdn.de

More information about thermography you find under en.wikipedia.org/wiki/Thermography

The warmth phenomenon with mental healing

A photo documentation of tests with Christos Drossinakis 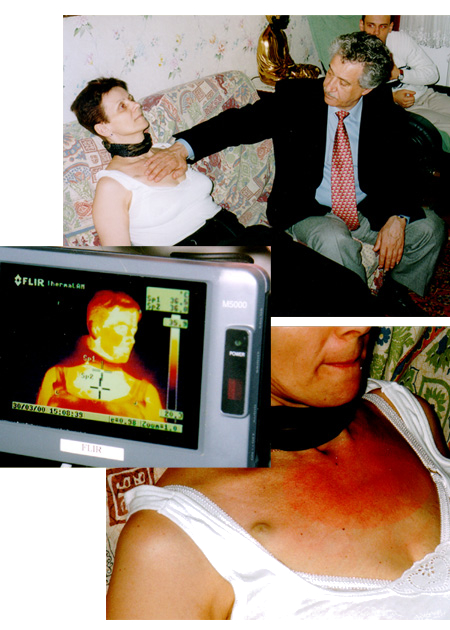 April, 7 – 2000 in Frankfurt, institute for parapsychological and suggestion research. After a few seconds of placing my hand on her, the infrared measuring device showed dramatical changes of the temperature. You can recognize the flush of the skin. 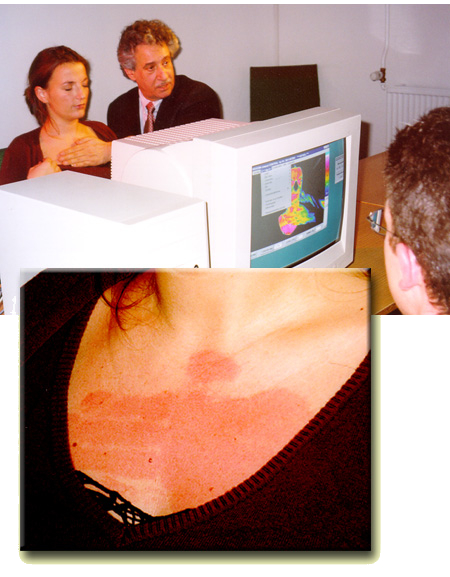 In autumn 1999 the enigmatic heat dissipation of the hands of Drossinakis’ was tested, also with a infrared camera. A camera team of SAT 1 was there. Also here the phenomenon has been proved in several tests. 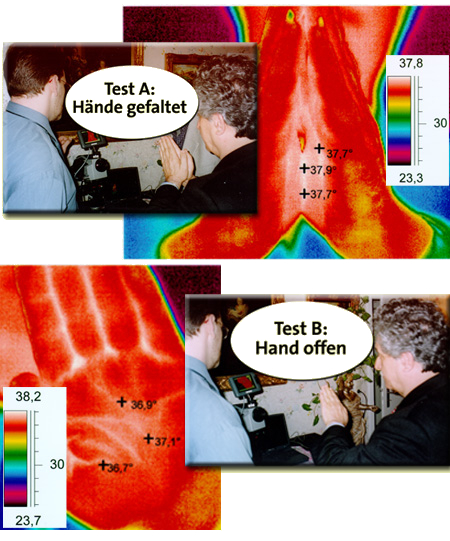 "Here the hands of the mental healer. Striking high temperatures of to 38° Celsius. The hands were, watched by witnesses, only put together, according to Mr. Drossinakis charged. Obviously there was no rubbing." (From the thermographic survey.) 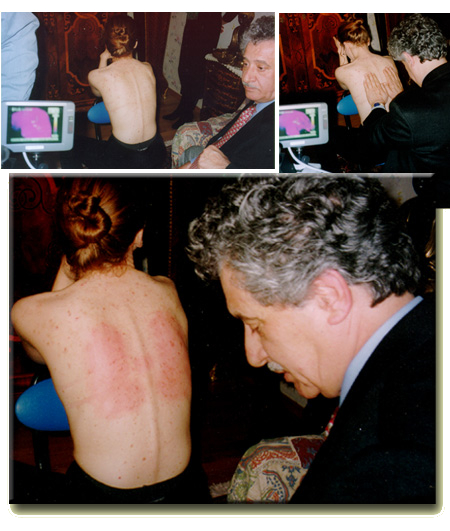 Strong flush of the skin after 15 seconds

Before the imposition of hands

After the imposition of hands

After 15 seconds of imposition of hands the skin had reddened enigmatically.
"The temperatures have changed considerably and concentrated within the surface. The major part of the temperature is now between 28 and 42% of the total surface and range from 34,7 to 37,8° Celsius." (From the thermographic survey.) 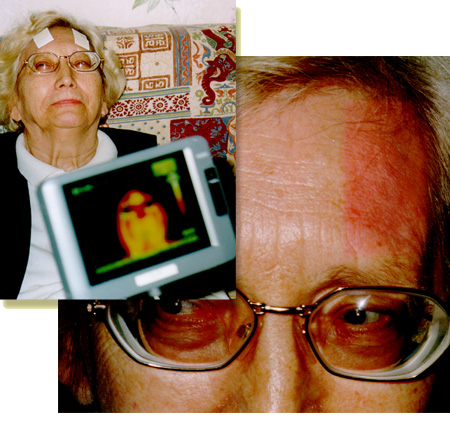 The power of the amulet - proved in a thermo test

Two amulets lie on the forehead of the patient. Only one had been charged by Christos Drossinakis, but the patient does not know which. Only under the charged amulet the skin gets warm. The infrared thermograph proves the phenomenon doubtlessly. 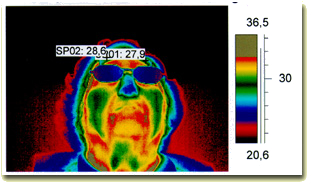 Immediately after the imposition of the amulet 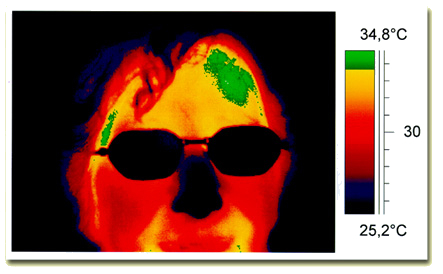 Directly after taking the amulet away 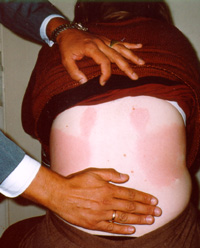 Demonstration in the institute for medical biophysic in Sofia

Under the supervision of the Bulgarian physicist Dr. Ignat Ignatov. This is how the back of the test person looked like after Christos Drossinakis had treated her for a few seconds with imposition of his hands.